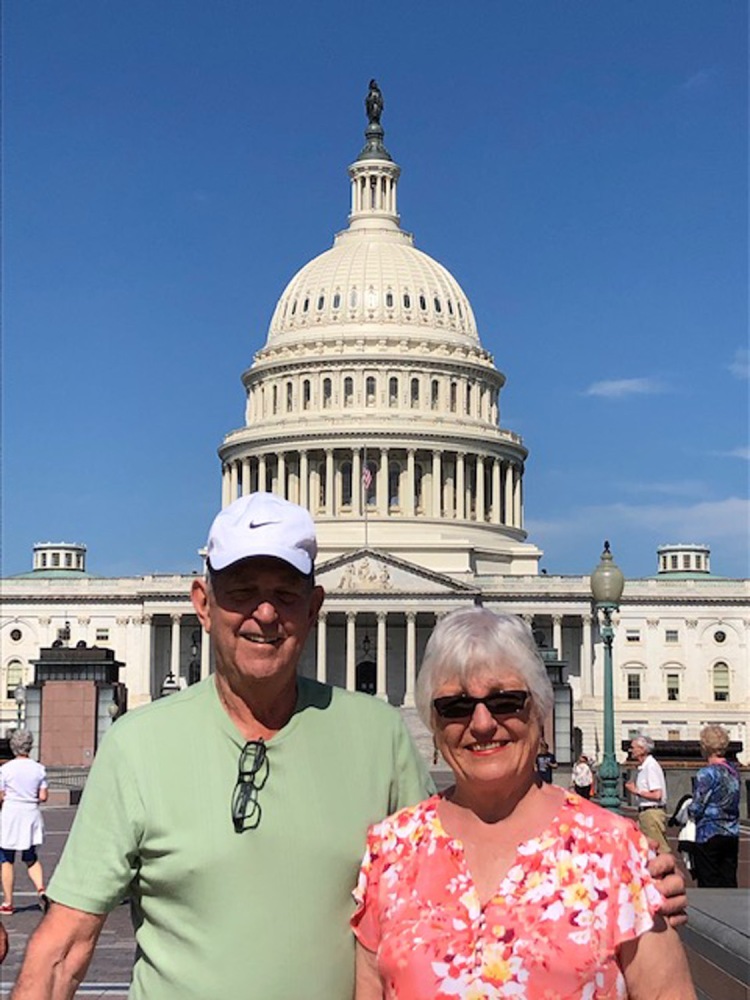 At the U.S. Capitol, Washington, D.C.

Jim and I are home and recovering from our very busy, but amazing, American History East tour. We were able to visit and immerse ourselves in our country’s heritage, its cultures and beginnings. Not only did we get to see many of the national monuments, memorials and buildings housing our national treasures, we also experienced new friendships from many of the 40 other people traveling with us. In addition, we were beneficiaries of the kindness, care and concern of the East Coast residents we encountered along the way.

My favorite example of East Coast hospitality was the good humor of John, our bus driver, who always had Jim’s walker or scooter ready and waiting at the bus door when he got off. He teased Jim and good-naturedly cautioned him about not trying to run a marathon with his walker and to make sure he used the ramps instead of the stairs.

There was the concierge at our hotel in Washington, D.C., who, when asked where we could get a light lunch instead of the outrageously expensive ones at the hotel, walked the two blocks with us to show us where we could get the equivalent of a Yumm bowl or Subway sandwich. He could have just given us the simple directions, but he went out of his way to make us feel welcome. Other staff members at the Capital Hilton in Washington, D.C., were equally as friendly for the four nights we spent there.

Then there was the manager of the very nice Stonewall Jackson Hotel where we stayed in Staunton, Virginia, who offered to drive my brother-in-law, Dwight, in her personal car to a local pharmacy to pick up an emergency prescription for Jim who had accidentally left his epi-pen at breakfast in Williamsburg. Dwight was going to take a taxi, but she wouldn’t hear of it. 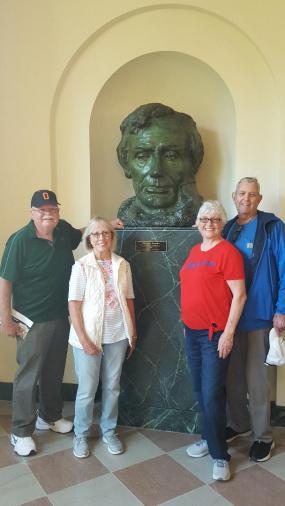 At the White House

We were able to tour the White House, compliments of the office of Congressman, Peter DeFazio. We quietly walked through Arlington Cemetery and visited the eternal flame and graves of John F. and Jacqueline Kennedy as well as the memorials of the veteran’s who gave their lives for our country in World War II, the Korean War and Vietnam. We saw the beautiful new U.S. Marine Corps memorial. Of course, Lincoln’s, Washington’s and Jefferson’s memorials were all must-sees as shining examples of our heritage.

Just as we exited the Jefferson memorial, however, we were hit by a violent storm—strong winds and horizontal rain from a nearby tornado hit us unexpectedly and we had to run along tree-lined streets to our bus that was parked about a quarter of a mile away. We dodged flying limbs and were literally soaked to the skin by the time we made it to the bus. Jim, who had opted to stay on the bus, bragged about his foresight as the rest of us dripped our way to our seats. 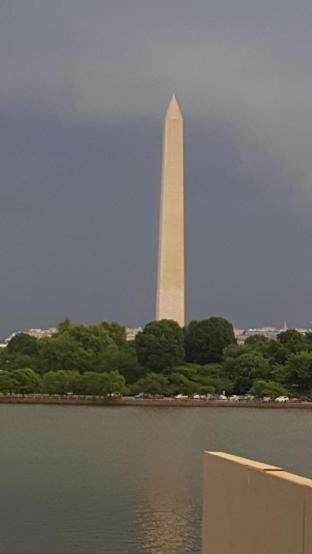 Next week, I’ll try to remember to tell you about the amazing “living history” characters we met and learned from.

Before I sign off, I want to offer my congratulations to the high school seniors who are graduating this week. Our own granddaughter, Hannah Edwards, is graduating from Creswell. I also want to mention the three Crow High School graduates from Lorane, Max Simonsen, Madison May and Stephanie Wigle. One other mention is Riley Chambers, the son of Jen and Ryan Chambers, special friends from Veneta, who receives his diploma at Elmira High School.

We send heartfelt congratulations to all of those I haven’t been able to mention, too. You can be extremely proud of your accomplishments.

One last quick reminder… Don’t forget to honor Dad next weekend at the Crow Grange. They will be serving their annual Father’s Day Breakfast on Sunday, June 16, from 8:00 to 11:00 a.m. Breakfast includes pancakes or biscuits and gravy, sausage, eggs, fruit, coffee and juice. There’s no charge, but donations will be gladly accepted. 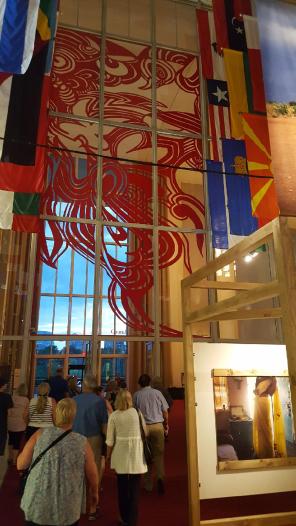 The Kennedy Center for the Arts 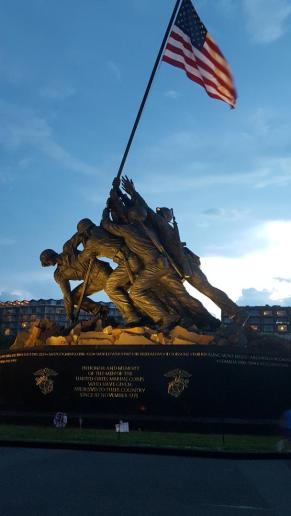