Sadly, Lorane lost another of its long-time residents. Lou Dell Doughty Hayes was born and attended grade school in Lorane; she later graduated from Crow High School in 1960. She married Walt Hayes in 1963 and they were m 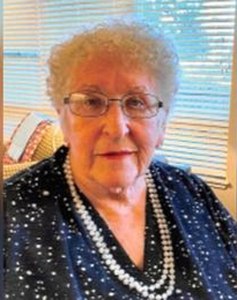 arried for 46 years before he passed in 2009. The Hayes family had lived in the Lorane area since 1897, so, between the Hayes and the Doughtys, their roots went deep in the rich Siuslaw Valley soil.

Walt and Lou had three children—Kimberly, Laurie and Bradley—and their son Brad is now raising his own family in Lorane on a portion of the Hayes property where he grew up.

The Hayes were actively involved in many community organizations over the years. They gave their time to the Lorane Grange, the Lorane P.T.C., the Crow High School Booster Club, and the Lorane Centennial Committee, among just a few. They were also members of the Lorane Christian Church. Lou spent many years on the Lane County Elections Board, Lorane precinct when we all voted at the local school or grange; she worked for the U.S. Census Bureau from 1964-1990, was a teacher-volunteer for the Lane County Home Extension Study Group and had several at-home businesses. Both Walt and Lou were 4-H leaders and were licensed foster parents in the mid-1970s. In addition, they also hosted several Spanish exchange students through the Crow High School exchange program. According to Lou, “It was a most wonderful experience for our family!”

To many, one of her most notable contributions was the organization of the Lorane Old Timer’s Picnic held each year in August for many years.

Lou was a friend to many and one of those people you knew you could count on to get any job done. She will be missed by so many friends that she left behind. Our condolences go out to the Doughty and Hayes families of Lorane.

Another loss has really rocked the world of the Edwards’ family. A young woman who we have known for many years died tragically about two weeks ago. She was a star athlete who played basketball against our granddaughter in high school and a good student; she was an “unofficial” part of our family during those years and while attending the LCC Dental Assistant Program. She worked at our store for awhile, and eventually moved on with her life. She was beautiful, inside and out, and she was happy, intelligent… and loved. We saw little of her the last 10 y 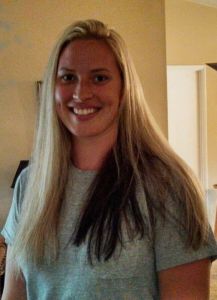 ears or so, but we knew that she had become a mother. The last time I ran into her in town, about 5 years ago, she had her little girl with her and it was easy to see how proud and happy she was. Those are the memories that I want to remember her by.

Our daughter posted her obituary the other day, and one of the comments on it struck a chord. “There are things in life that will never make sense; this is one of them.”

The memory of the woman we once knew will live on in our hearts.