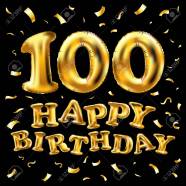 I only found out this week that a special event had been scheduled for Saturday, January 25 at the Cottage Grove Community Center; by the time you read this, it will have already occurred. I’m so sorry that I didn’t know in time to let people know about the 100th birthday celebration of a remarkable young man who I had the pleasure of meeting while researching Jo-Brew’s and my books on the history of U.S. Highway 99. 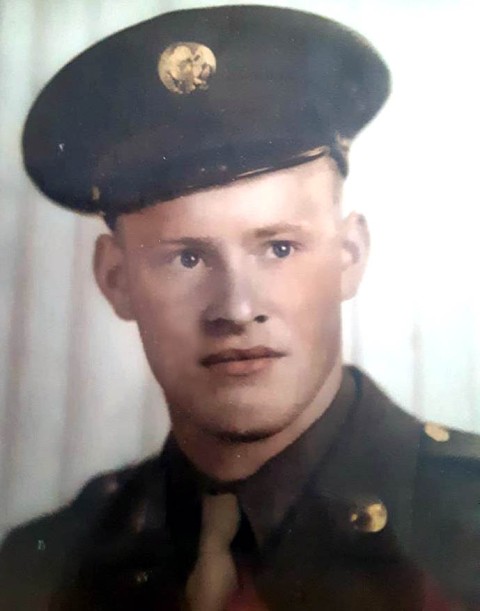 Charles “Chuck” Booher never actually lived in Lorane, but his daughter, Debbie Booher Davis, and her husband Stan Davis, raised their family in Lorane and are much loved by many.

Chuck raised his family in neighboring Curtin, Oregon, and was able to provide me with some wonderful historical information on not only Curtin, but Anlauf and Comstock, as well. His maternal grandparents, Charley and Alice Turpin, had settled in the area in 1915 and it was where Chuck was raised.

He also had strong connections to his paternal Booher family who were early settlers in the Yoncalla area. The delightful interview I did with Chuck was rich in stories of the early days of U.S. Highway 99 before the I-5 freeway was built.

Many people will recognize the Boohers as a well-known musical family from the Yoncalla area. The family of Chuck’s son, Mike, and his wife Delores formed their own group called “The Booher Family.” They sang and played old-time fiddler, gospel and country western music. Their lively, foot-stomping music became very popular and they were asked to appear in shows all over Oregon, including Lorane’s Centennial in 1987. From 1993 to1998, they toured with their only daughter, Meriwyn, and their three youngest boys, Ben, Brendan and Gabe, performing in Canada, and spending five seasons at Silver Dollar City in Branson, Missouri. Brendan toured internationally and played fiddle, guitar and mandolin for the Asleep at the Wheel band, George Strait and Johnny Gimble, among others. The family also opened a dinner club—the Diamond B Chuckwagon—in Tumalo, near Bend, Oregon, where they provided the entertainment.

For several years, Chuck and his wife Dorothy ran the Curtin Store which they leasedfrom her parents, Albert L. and Flora Holt, in the 1940s. Dorothy’s brother, Harry, and his wife Bertha of Creswell made history themselves by forming the Holt International Adoption Agency that specialized in adoptions from Korea. 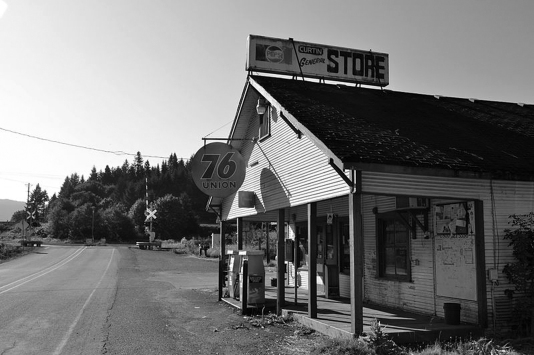 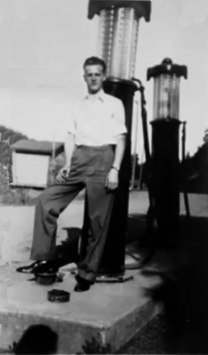 One of the interesting stories Chuck told me was of a day in the 1940s when he and Dorothy lived on Curtin Road. A circus caravan was passing in front of his family’s home when suddenly the load shifted on the trailer of one of the trucks and it rolled onto its top. Until they could get it righted, they had an assortment of horses, llamas, a couple of camels and two or three zebras lounging in the pasture next to their house. 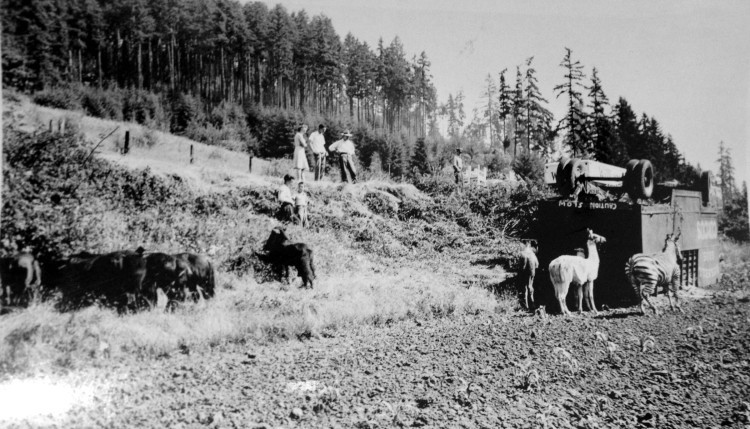 I’m not surprised that Chuck has made it to the “100″ mark. When I interviewed him that day in 2014, he was a vibrant, articulate man in his mid-90s. He’s seen many advancements and changes take place over those 100 years and he’s lived an interesting and successful life. His love for family is evident as is his respect for this area’s history.