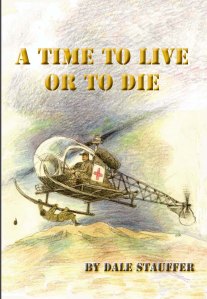 When John Luke decided to follow his dream of becoming a pilot in the Marines, he didn’t expect it to end with him captured as a prisoner of war in North Korea. Now, after a narrow escape, he’s on the run, assisted by a courageous Korean woman named Sue Lynn.  together they frantically head south towards allies, relying on each other’s strengths and John Luke’s stories of his childhood to keep them going. Through trial and danger, John Luke
keeps his faith in God and belief in his father’s words of wisdom–but is that enough to keep him and Sue Lynn alive behind enemy lines?

Dale Stauffer joined the Marines when he was 18 and was shortly deployed to Korea. Once he returned home to Oregon, he married his wife Donna and they had three beautiful girls. Dale went on to get his Masters in school counseling and spent his career in the Eugene area. Today he still lives in Eugene and enjoys spending time with his family including three sons-in-law and six grandchildren.